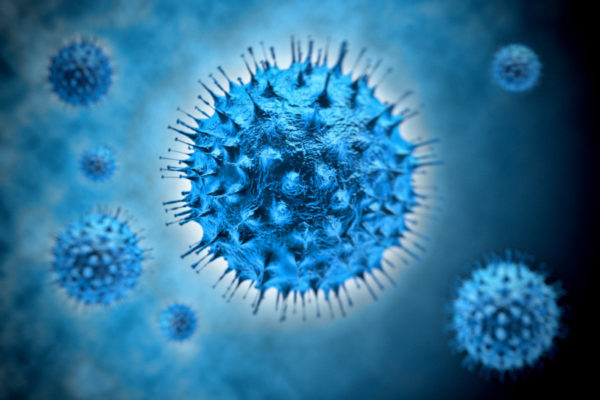 Measles – a highly contagious viral infectious disease, characterized by a rise in body temperature, general intoxication, inflammation of the mucous eyes, upper respiratory tract and the gradual appearance of a rash. 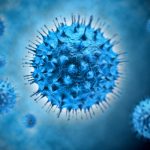 Measles virus very volatile, but unstable in the environment: dies at room temperature for 5-6 hours, even faster under the influence of sunlight and ultraviolet rays.

The first signs of the disease appear 1-2 weeks after being infected with a virus (the maximum incubation or latent period for measles is 21 days). The disease is characterized by an acute onset. The first sign is a significant increase in body temperature up to 38-40 ° C. A runny nose, dry cough, redness of the eyes, lacrimation, photophobia appear, and on the 2nd day small whitish specks surrounded by a narrow red border (Belsky-Filatov-Koplik spots), specific for measles.

At 4-5 days of illness, a rash appears on the face, neck. behind the ears, then on the body and further on the extensor surfaces of the arms and legs, including the fingers. The reverse development of the elements of the rash begins from the 4th day of the rash: the temperature normalizes, the rash darkens, turns brown, pigments, peels off.

Sick is contagious to others in the last 2 days of the incubation period, the entire catarrhal period and in the first 4 days after the appearance of the rash.

Source of infection – a sick person from whom a highly contagious measles virus is transmitted to a healthy person by coughing, sneezing and even breathing. In order to get measles, close contact with the patient is not necessary (coming to visit him, being in the same room or in public transport). Since the measles virus has a very high volatility, it can easily spread over large distances with airflow, including through ventilation ducts and stairways in the house.

Persons who have not had measles and have not been vaccinated against it remain highly susceptible to this infection throughout their lives and can get sick at any age. After the disease produced a strong immunity, recurrent measles are rare.

Most measles deaths are due to complications. If children have the most frequent complications of the respiratory organs (pneumonia, laryngitis, laryngotracheitis, otitis), then adults are more likely to have brain and its membranes, which manifests as meningitis, meningoencephalitis, encephalitis. Often recorded inflammation of the nerve roots – polyneuritis.

Measles also causes a significant decrease in immunity. In the first days of the disease against the background of this disease it is easy to catch another infection. Therefore, during the period of illness and after recovery, contact with other people, which can be a source of secondary infection, should be limited.

Measles during pregnancy is particularly dangerous! If the expectant mother becomes sick with measles, then she is more likely to have a miscarriage, premature birth, or a dead child.

If you or your child get sick is necessary:

Know!
Immunization is the only effective measure for preventing measles. The measles vaccine has been used for over 40 years and has proven to be highly effective. 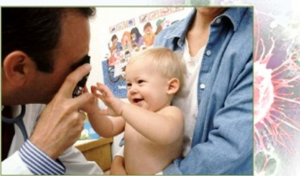 In the Republic of Belarus, immunization against measles is carried out in accordance with the National preventive vaccination calendar for children 12 months and 6 years old free of charge.

The vaccine for the above-mentioned population contingents is annually purchased by the Ministry of Health of the Republic of Belarus at the expense of the republican budget. Adults, if desired, can take root on a fee basis.

Parents who refuse to be vaccinated against measles and other routine vaccinations put their children’s health and life at risk.

Immunization is necessary for everyone!

By protecting yourself and your children from this infection, you also ensure the safety of those around you.

According to the State University “Brest Regional Center for Hygiene, Epidemiology and Public Health”