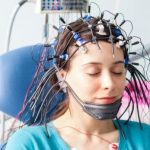 Electroencephalography (EEG) – non-invasive method for studying the functional state of the brain by recording its bioelectric activity. EEG is a sensitive method of research, it reflects the slightest changes in the function of the cerebral cortex and deep brain structures.

Electroencephalography enables qualitative and quantitative analysis of the functional state of the brain and its reactions under the action of stimuli. EEG recording is widely used in diagnostic and therapeutic work (especially often in epilepsy), as well as in the study of brain activity related to the implementation of such functions as perception, memory, adaptation etc. 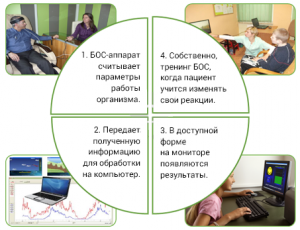 Biofeedback treatment is continuous monitoring in real time certain physiological indicators and conscious management of using multimedia, gaming, and other methods in the specified range of values. In other words, biofeedback interface is for a person a kind of “physiological mirror” that reflects its internal processes.

Biofeedback training based on electroencephalography – neyrobioupravleniya technology, ie, the ability to control brain biopotentials, with the active participation of the person.

EEG biofeedback training is used in medicine, education, sports, and for the treatment of neuro-rehabilitation, correction of psychosomatic disorders, to improve cognitive functions.

Cognitive evoked potentials – brain response to a mental task. Allows you to objectify the state of cognitive (mental) processes.

The method is used to study brain functions responsible for cognitive processes. Conducted on the basis of electroencephalography, with subsequent mathematical analysis.

The study can be conducted anonymously on a fee basis, the result is handed out on paper on the day of treatment.